Geo-spatial factors were a major driving force for the European Reformation. Power relations between neighboring territorial states, travel routes of scholars, and locations of cultural exchange contributed to the spread of Protestantism. However, researchers cannot study these factors quantitatively because spatial data on territories in the 16th century does not exist. I develop a manual and an automatic method to extract the geo-coordinates of territories from political maps and enrich them with non-spatial attributes gathered from Wikipedia. The manual method extracts unambiguous territories and the automatic method is re- producible and time saving. The generated data can be used to study confessional- ization and other aspects of the Reformation. The methodology can be generalized to other geographic areas and historical periods. 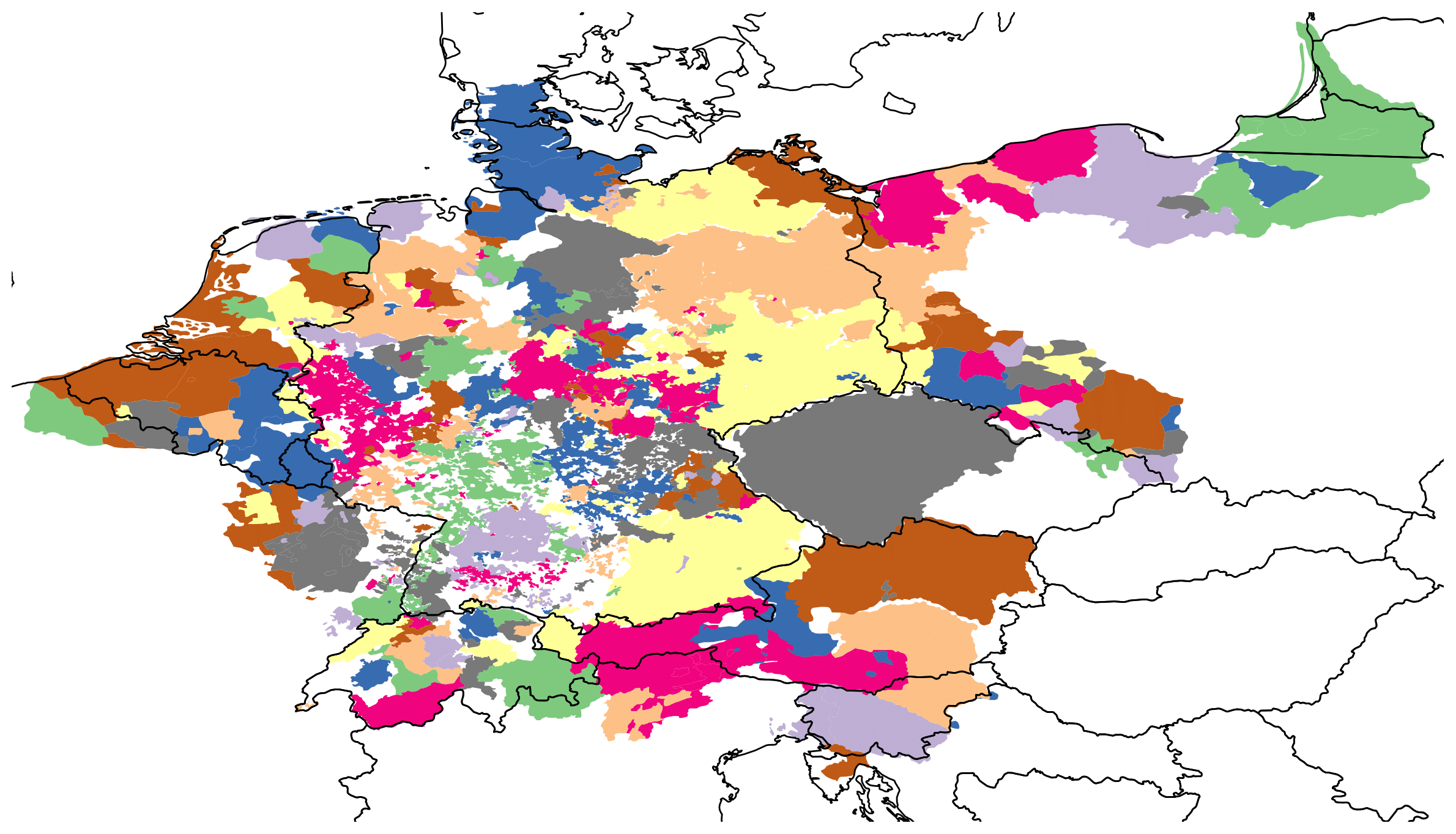