Understanding Popularity, Reputation, and Social Influence in the Twitter Society

The pervasive presence of online media in our society has transferred a significant part of political deliberation to online forums and social networking sites. This article examines popularity, reputation, and social influence on Twitter using large-scale digital traces from 2009 to 2016. We process network information on more than 40 million users, calculating new global measures of reputation that build on the D-core decomposition and the bow-tie structure of the Twitter follower network. We integrate our measurements of popularity, reputation, and social influence to evaluate what keeps users active, what makes them more popular, and what determines their influence. We find that there is a range of values in which the risk of a user becoming inactive grows with popularity and reputation. Popularity in Twitter resembles a proportional growth process that is faster in its strongly connected component, and that can be accelerated by reputation when users are already popular. We find that social influence on Twitter is mainly related to popularity rather than reputation, but that this growth of influence with popularity is sublinear. The explanatory and predictive power of our method shows that global network metrics are better predictors of inactivity and social influence, calling for analyses that go beyond local metrics like the number of followers. 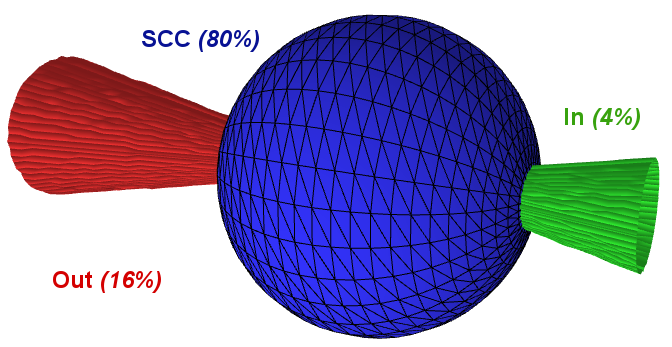