The Rise and Fall of R&D Networks

Drawing on a large database of publicly announced R&D alliances, we empirically investigate the evolution of R&D networks and the process of alliance formation in several manufacturing sectors over a 24-year period (1986-2009). Our goal is to empirically evaluate the temporal and sectoral robustness of a large set of network indicators, thus providing a more complete description of R&D networks with respect to the existing literature. We find that most network properties are not only invariant across sectors, but also independent of the scale of aggregation at which they are observed, and we highlight the presence of core-periphery architectures in explaining some properties emphasized in previous empirical studies (e.g. asymmetric degree distributions and small worlds). In addition, we show that many properties of R&D networks are characterized by a rise-and-fall dynamics with a peak in the mid-nineties. We find that such dynamics is driven by mechanisms of accumulative advantage, structural homophily and multiconnectivity. In particular, the change from the \"rise\" to the \"fall\" phase is associated to a structural break in the importance of multiconnectivity. 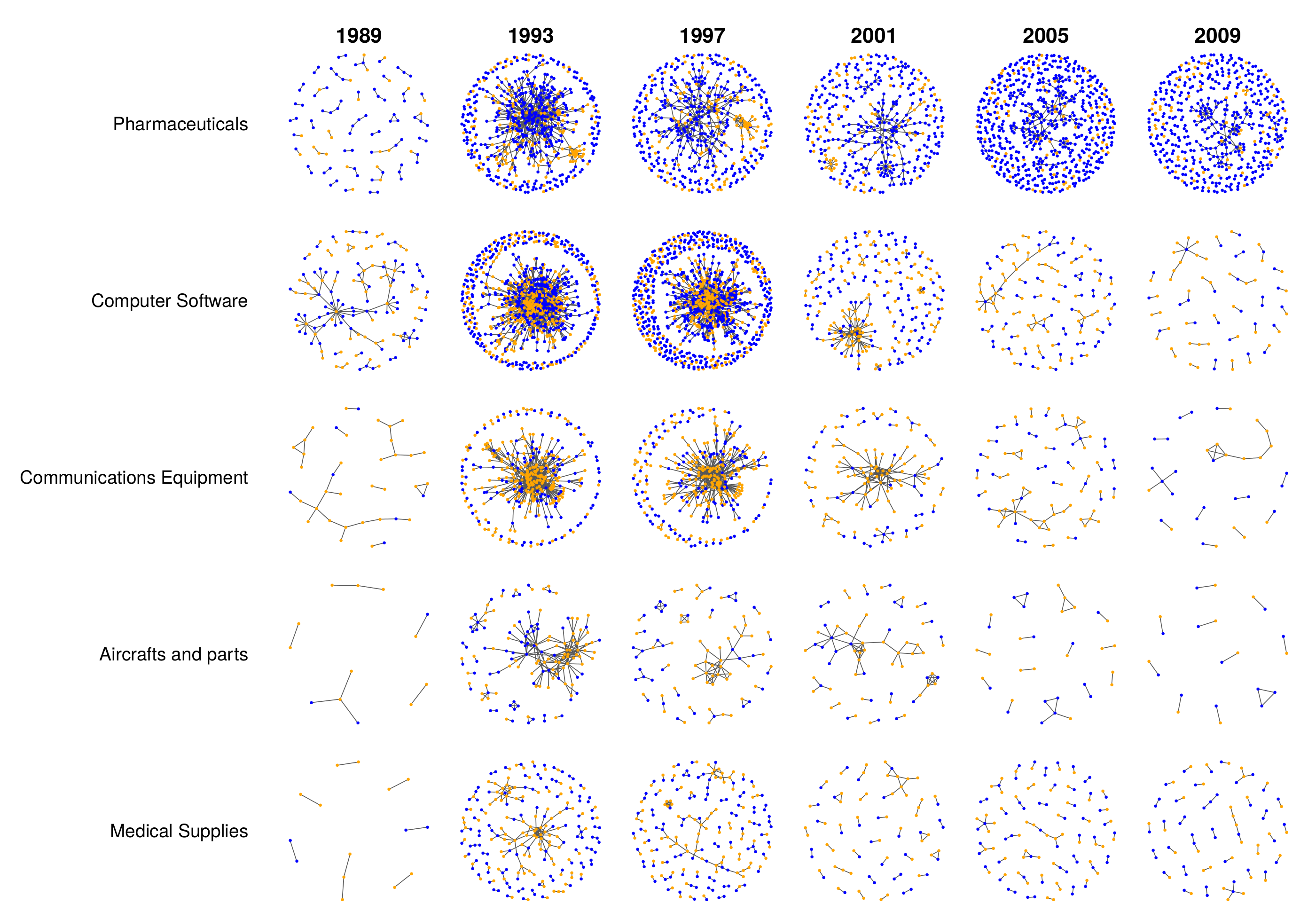