Online social media has recently irrupted as the last major venue for the propagation of news and cultural content, competing with traditional mass media and allowing citizens to access new sources of information. In this paper, we study collectively filtered news and popular content in Twitter, known as Trending Topics (TTs), to quantify the extent to which they show similar biases known for mass media. We use two datasets collected in 2013 and 2014, including more than 300.000 TTs from 62 countries. The existing patterns of leader - follower relationships among countries reveal systemic biases known for mass media: Countries concentrate their attention to small groups of other countries, generating a pattern of centralization in which TTs follow the gradient of wealth across countries. At the same time, we find subjective biases within language communities linked to the cultural similarity of countries, in which countries with closer cultures and shared languages tend to follow each other’s TTs. Moreover, using a novel methodology based on the Google News service, we study the influence of mass media in TTs for four countries. We find that roughly half of the TTs in Twitter overlap with news reported by mass media, and that the rest of TTs are more likely to spread internationally within Twitter. Our results confirm that online social media have the power to independently spread content beyond mass media, but at the same time social media content follows economic incentives and is subject to cultural factors and language barriers. 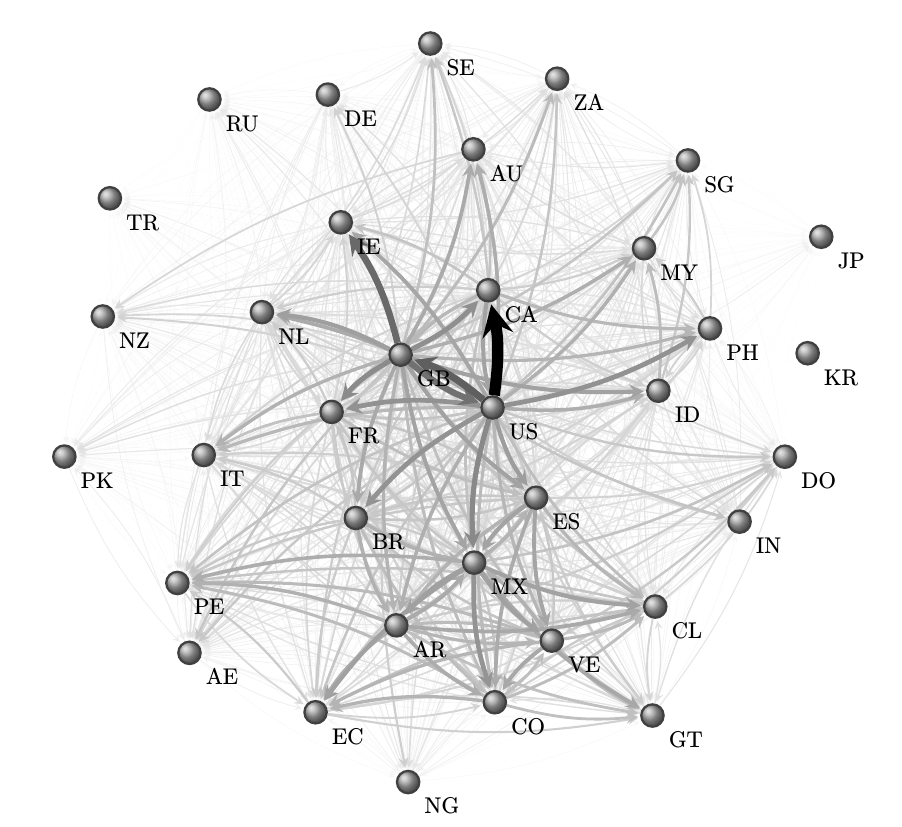