Why did the meerkat cross the road? Flexible adaptation of phylogenetically-old behavioural strategies to modern-day threats

Risk - sensitive adaptive spatial organisation during group movement has been shown to efficiently minimise the risks associated with external ecological threats. Whether animals can draw on such behaviours when confronted with man - made threats is generally less clear. We studied road - crossing in a wild, but habituated, population of meerkats living in the Kalahari Desert, South Africa. We found that dominant females, the core member in meerkat social systems, led groups to the road significantly more often than subordinates, yet were consistently less likely to cross first. Our results suggest that a reshuffling occurs in progression order when meerkat groups reach the road. By employing a simple model of collective movement, we have shown that risk aversion alone may be sufficient to explain this reshuffling, but that the risk aversion of dominant females toward road crossing is significantly higher than that of subordinates. It seems that by not crossing first, dominant females avoid occupying the most risky, exposed locations, such as at the front of the group – a potential selfish strategy that also promotes the long - term stability and hence reproductive output of their family groups. We argue that our findings support the idea that animals can flexibly apply phylogenetically - old behavioural strategies to deal with emerging modern - day problems. 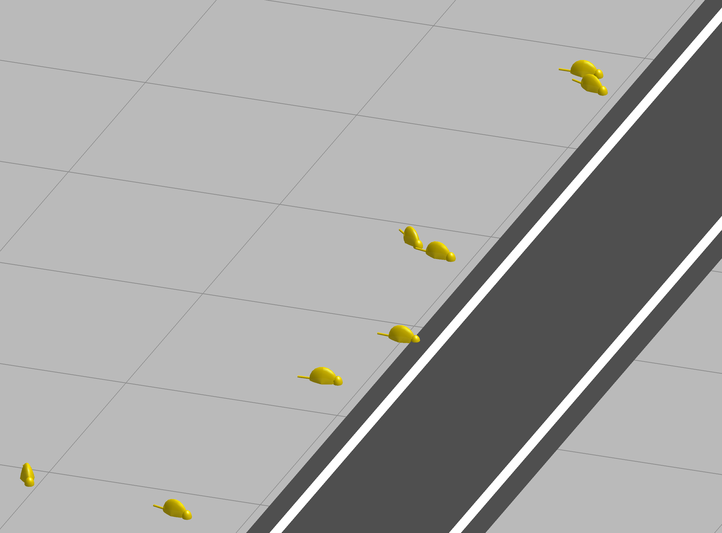