Workshop on Sentiment Analysis at SEPLN (2013)

We present a study political discourse and emotional expression through a dataset of Spanish tweets. We analyze the political position of four major parties through their Twitter activity, revealing that Twitter political discourse depends on subjective perception, and resembles the political space of Spain. We propose a simplified lexicon-based method to identify the topics of a tweet, which works especially well to detect the political content of tweets. Furthermore, we adapted SentiStrength to Spanish, by translating and converting an established lexicon of word valence. Under certain design decisions, this tool performs better than random, with ample room for improvement. Finally, we combined three datasets to analyze the sentiment expressed in the political tweets of four major Spanish parties, finding differences related to the status quo, and the Spanish political climate. 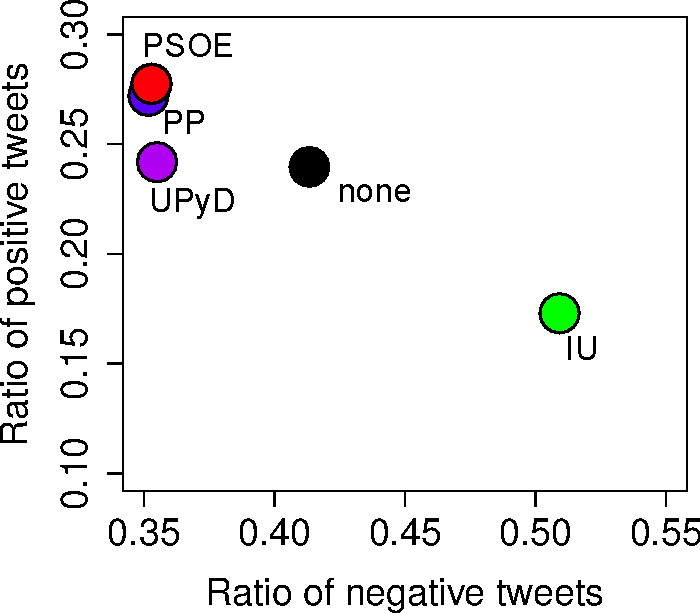