Measuring culture and its dynamics through surveys has important limitations, but the emerging eld of computational social science allows us to overcome them by analyzing large-scale datasets. In this article, we study cultural dynamics through the votes in the Eurovision song contest, which are decided by a crowd-based scheme in which viewers vote through mobile phone messages. Taking into account asymmetries and imperfect perception of culture, we measure cultural relations among European countries in terms of cultural anity. We propose the Friend-or-Foe coecient, a metric to measure voting biases among participants of a Eurovision contest. To validate how this metric represent cultural anity, we designed a model of a random, biased Eurovision contest. Simulations of this model show how our metrics can detect negative anities and serve as an estimator for positive anities. We apply this estimator to the historical set of Eurovision contests from 1975 to 2012, nding patterns of asymmetry and clustering in the resulting networks. Furthermore, we dene a measure of vote polarization that, when applied to empirical data, shows a sharp increase within countries of the EU during 2010 and 2011. As a result, we measure how the recent political decisions of EU states inuence the way their citizens relate to the culture of other EU members, leading to stronger cultural biases in the way they vote in the Eurovision song contest. 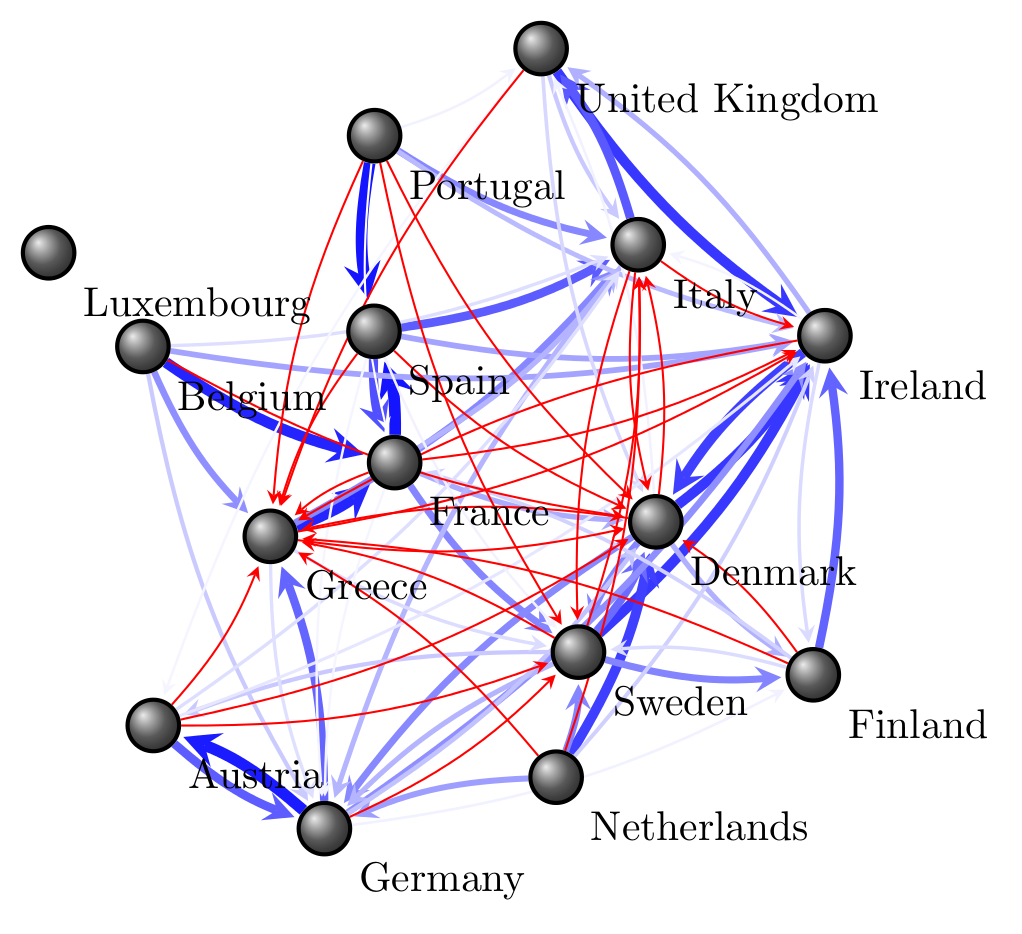