We analyze data about the micro-blogging site Twitter using sentiment extraction techniques. From an information per- spective, Twitter users are involved mostly in two processes: information creation and subsequent distribution (tweeting), and pure information distribution (retweeting), with pro- nounced preference to the first. However a rather substantial fraction of tweets are retweeted. Here, we address the role of the sentiment expressed in tweets for their potential after- math. We find that although the overall sentiment (polarity) does not influence the probability of a tweet to be retweeted, a new measure called emotional divergence does have an im- pact. In general, tweets with high emotional diversity have a better chance of being retweeted, hence influencing the dis- tribution of information. 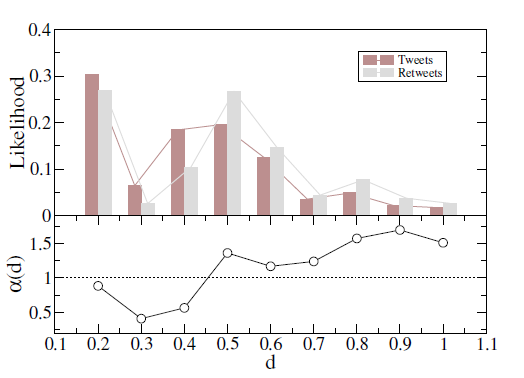