How random is social behaviour? Disentangling social complexity through the study of a wild house mouse population

From the synchronised beauty of fish schools to the rigorous hierarchy of ant colonies, animals often display awe - inspiring collective behaviour. In recent years, principles of statistical physics have helped to unveil some simple mechanisms behind the emergence of such collective dynamics. Among the most elementary tools used to explain group behaviour are random processes, a typical example being the so - called “random walk”. In this paper, we have developed a framework based on such random assumptions to study the spatial and social structure of a population of wild house mice. We introduce the concept of perceptual landscape to describe the spatial behaviour of animals, whilst including all sensory and social constraints they are subject to: the perceptual landscape effectively maps the environment of animals as they perceive it. By applying our assumptions to a multi - agent model, we are able to reveal that much of the high - level social behaviour observed in the mouse population can indeed be explained through the many interactions of randomly moving individuals. This raises the question of how much of what we often regard as complex natural phenomena may, in fact, be the result of exceedingly simple forces. 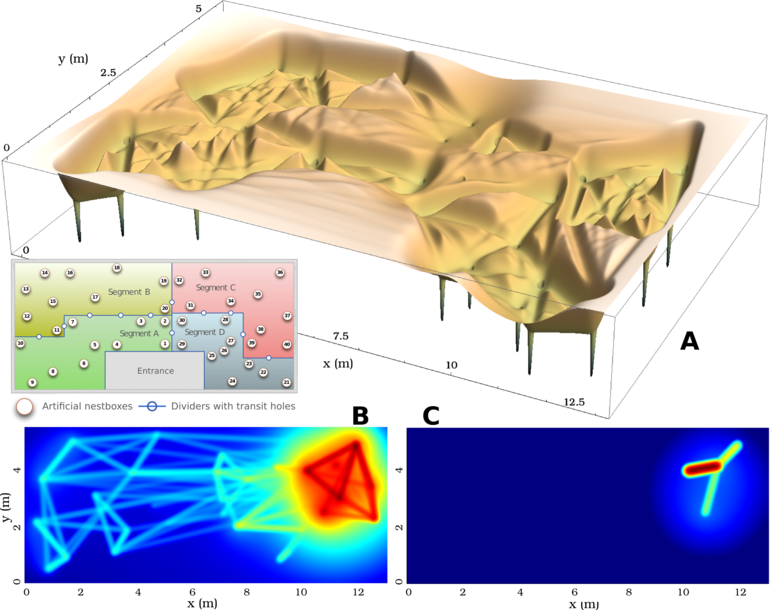