Assume two different communities each of which maintain their respective opinions mainly because of the weak interaction between them. In such a case, it is an interesting problem to find the necessary strength of inter-community interaction in order for the two communities to reach a consensus. In this paper, the information accumulation system (IAS) model is applied to investigate the problem. With the application of the IAS model, the opinion dynamics of the two-community problem is found to belong to a wider class of two-species problems appearing in population dynamics or in the competition of two languages, for all of which the governing equations can be described in terms of coupled logistic maps. Tipping diffusivity is defined as the maximal inter-community interaction such that the two communities maintain different opinions. For a problem with a simple community structure and homogeneous individuals, the tipping diffusivity is calculated theoretically. As a conclusion of the paper, the convergence of the two communities to the same value is less possible the more overall interaction, intra-community and inter-community, takes place. This implies, for example, that the increase in the interaction between individuals caused by the development of modern communication tools, such as Facebook and Twitter, does not necessarily improve the tendency towards global convergence between different communities. If the number of internal links increases by a factor, the number of inter-community links must be increased by an even higher factor, in order for consensus to be the only stable attractor. 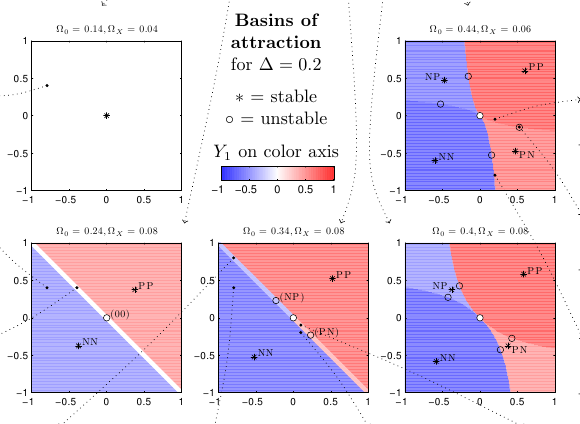